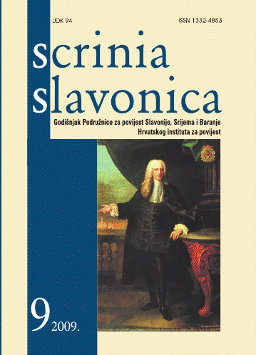 Summary/Abstract: Based on historical sources, the paper illustrates and analyzes the policy employed by the communist regime in Croatia in its dealing with some of the Catholic parish priests and parishes in the context of overall relations between the Church and the state, on the example of the Pleternica parish. The example of the denied construction permit for a new church, to the detriment of all the worshippers, because the communist authorities found the parish priest Ljudevit Petrak unacceptable, illustrates all the inconsideration that the communists showed to the Church and its flock. The communist government in Croatia systematically fought against religion and religious communities, particularly against the Catholic Church, which they perceived as their worst enemy. They strove to weaken the Church’s activity and influence on the Croatian population in every possible way. The examples of the Pleternica parish and the obstruction of the new church’s construction illustrate all the inconsiderateness of the Communist government, not only in its treatment of the Church as an institution, but also in its treatment of the Catholics as its citizens. Twenty years of obstructing the building of the church in Pleternica only because Ljudevit Petrak, whom the government considered unfit, was at the helm of the Pleternica parish is just one of the examples many parish priests were faced with throughout Croatia. On the other hand, we may observe a consistency of the church authorities in refusing to yield to the pressures of the state authorities, who made Petrak’s transfer from Pleternica a condition for the church’s construction. The question is how much time would have passed before the construction of the church began if the communist government had not been forced to give in during Yugoslavia’s negotiations with the Holy See and the signing of the 1966 protocol.