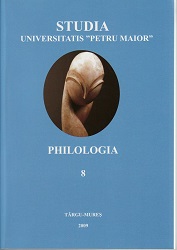 Summary/Abstract: Belonging to the same poetic line as Le Petit Prince, Citadelle is an open work that elicited malevolent criticism upon its publication. Saint Exupéry has even been accused of totalitarianism because of the contradictions characterising the Berber prince who loved his people but never hesitated to put to death people who rebelled or did not respect human values cherished by the prince. The book is neither mystical at all, God representing the idea of the absolute, the supreme value that is worth pursuing by everybody. There are pages of fine poetry in this book and they are the expression of the poet's attempt to create a new language that could translate the most intimate pulsations of human heart.