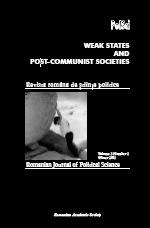 Summary/Abstract: Hailed as an exemplary case of successful inter-ethnic cooperation, Macedonia surprised many analysts and diplomats when it nearly plunged into full-blown civil war, in the spring and summer of 2001. The previously unknown 'National Liberation Army', or NLA, perpetrated a seven-month armed insurrection against the Macedonian government (from February to August, 2001). The aim of this paper is to answer the question of whether the NLA had a just case to rebel against the Macedonian authorities. In order to address this question, this article presents a normative account of the circumstances under which one has a moral right to the use of violence for political ends. The article confronts this account with an analysis of the significant socio-political developments in Macedonia from its independence in 1991 to the crisis of 2001. Macedonia is a good case study because it is a prime example of a multiethnic country, riddled with democratization problems. The present investigation unequivocally concludes that the NLA had no moral right to rebel and that its 2001 insurgency was unjustifiable. It is argued that, although it was not a perfect example of liberal democracy, Macedonia certainly had not violated the rights of its citizens to the extent sufficient to warrant armed rebellion.