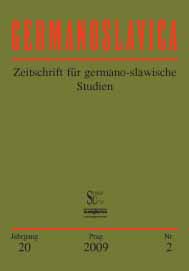 Summary/Abstract: This article focuses on the history of the concept of „central european language links“, based on scientific analysis and various different theories. The Czech and German languages have existed side by side in the Czech lands for centuries. Although there has been a high degree of inter-racial mixing at various stages in history, there was never any real harm done to the essence of either of the two languages. A fascinating aspect is the parallel changes in pronunciation in both languages, for example, in vowel sounds and diphthongs. Today it is generally accepted that, to make these sound changes, both languages had to develop similar internal expectations and that these developed in parallel.