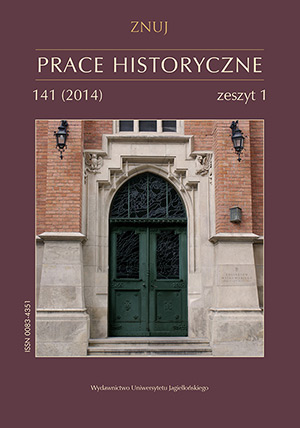 Summary/Abstract: The article has as an objective the presentation of the first Polish-language encyclopedia as well as the confrontation with its black legend that has survived until these days, even in academic circles. Attempts have been made in order to overcome, at least partially, some of the prejudices and misconceptions that have been accumulated around New Athens for the last two centuries. Even though the encyclopedia is not particularly innovative in the context of European learning at that time, one cannot simply regard it as an example of obscurantism. The book represents a typical scientific approach characteristic of the pre-Enlightenment period. Chmielowski himself was far from being a noncritical compiler; he was rather a creative author who pioneered in quite a few forms of contemporary journalism. It certainly cannot be denied that he had a great erudition and a talent for writing. The authors to whom he referred were not, as it was commonly believed, medieval authors, but they belonged to the scientific elite of the 16th and 17th centuries. The reverend has numerous merits such as: providing the first compilation of dates and events in the Polish history as well as presenting valuable information about libraries and academies of that time. One should also notice Chmielowski’s empirical approach in the process of proving numerous theories. The author’s original stile of writing also attracts the reader’s attention. Although numerous attempts have been made in order to rehabilitate the encyclopedia, it is still associated with negative judgements, also in the serious literature of the subject. Today the encyclopedia remains in the first place the symbol of ignorance of the Saxon times in Poland.