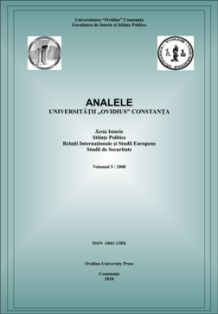 Summary/Abstract: The present paper debates the populist and elitist type of discourse that are exemplified by the Discourse of the president of Romania, Traian Băsescu on the occasion of The Unification of Romanian Principalties (Iaşi 24 of January 2008) and the Discourse asserted by the Prime Minister, Călin Popescu Tăriceanu, at the reception that was organized on the occasion of the Europe’s Day (9th of May 2007) by means of tematic and relational analysis. The choice of language of the two political discourses is marked by indexes such as clarity, emotional impact and context, each of them being present more or less in direct relation to the intentions of the above mentioned political actors. The words of the political discourses might be said to have been carefully chosen, thus deducing the association of ideas that the receptor is likely to operate, respectively the two categories of public to whom they are addressed. The language of discourses make use of the images that words evoke and which are based on stereotypes the audience has assimilated along the time, while the word itself is carefully sought in order to emphasize the message. A common expression of a trivial truth “the power of words” seems to be a truism. Words are endowed with the attribute of expressing both sides, good and bad, but they might prove to be a real element in constructing relations or might destroy the role of language by annihilating its power. Therefore, both facets should be taken into consideration and studied in such a manner that the audience to be aware of the effects they exert.