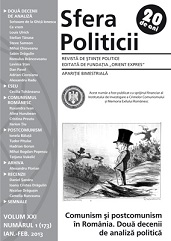 Summary/Abstract: This paper presents Walzer’s pluralist approach to justice as contrasted with standard egalitarian liberalist accounts such as Rawls’s. Walzer’s notion of “complex equality” is discussed in order to see whether by defending the sort of socialism attached to it, he can be still situated within the liberal tradition of thought, or the so-called “socialism of o liberal kind”, as he likes to term it, means a moving away from the basic liberal principles. In my view, since Walzer’s conventionalist and contextualist account of justice is inextricably linked to some philosophical, metatheoretical suppositions, revealing them could be useful to illuminate such a problem.