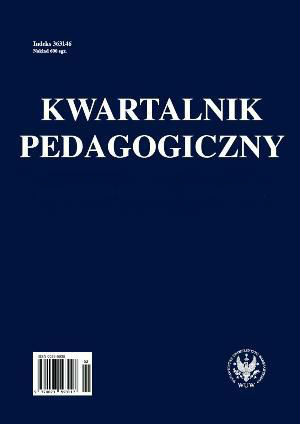 Summary/Abstract: A democratic state is strong with the power of its citizens. It becomes apparent in different spheres of social and economic life. When it is not so, there is no democracy and civic society but just a facade. Building true democracy and authentic civil society turns out to be a very difficult process, especially after long years of totalitarian communism. We can observe this in Poland but also in some other countries with old democratic and civic traditions which have not experienced communism. Social and legal mechanisms promoting this citizen power are ineffective, hence, the situation requires: • decentralization of power with the support (also financial) for citizen initiatives, • courage of authorities to share the power with the citizens, • trust in the citizens, their creativity, honesty and ability to cooperate for the sake of other people. In Poland, in the spheres of economy, the principles of liberal democracy have been put into life to a certain degree, though they face many difficulties coming from different interest groups. Employers and organisations representing them keep on expressing their dissatisfaction with the existing statutory solutions and actions of governments, which fear democracy and [sic!] their own citizens. In the field of education, the situation is even worse. The implementation of democratic principles is faltering. Citizen initiatives of certain communities when they come to life encounter numerous hindrances – ideological (e.g. from trade unions related to the former political order) or bureaucratic (restrictive control mechanisms banning spontaneous, independent initiative). We also need to bear in mind the obstacles of social character, related to social awareness and experiences from both remote and recent past, when Poles were divided, discouraged and subordinated in the authoritarian manner, while self-government initiatives were rather penalized than supported (such idea was absent from social environment). It shall not be an exaggeration if we say that this exactly (i.e. on the one hand – lack of trust in the power of citizen intuitions, on the other – fear of the loss of control) is the cause of the crisis in the relationship between democratically elected authorities and the people governed. All these limitations account for the fact that in the field of the education of small children, i.e. up to the age of six years, citizen initiatives are hardly visible. Still, consecutive governments could not be convinced into undertaking radical steps encouraging such initiatives – which would enrich and complement educational offer for preschool children. A family with a small child is barely tolerated in Poland as a necessary evil. In Europe two trends may be identified in the area of institutional solutions aimed at small children: the first – a consequence of neoliberal ideologies and the second – deriving from democratic and citizen oriented ideologies. What needs changi