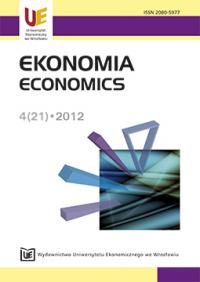 Summary/Abstract: The article introduces the issues concerning the Theory of Consumer Choice with reference to behavioural economics, explains the significance of behavioural economics (the study of economic behaviours) for an economic choice made by a consumer and emphasizes the complementary character of the two aforementioned fields. Furthermore, the author of the article makes the attempt to explain theoretically the bolt effect taking place in microeconomics with the use of the tools proposed by behavioural economics (BE). To achieve this aim, among other things, an alternative model of choice, that is, prospect theory and its implications, as well as framing and anchoring effects, which have been derived from the behavioural science, have been used. The use of behavioural economy in the theory of consumer’s choice is a natural development of both fields which in different ways describe the same problems – the matter of choices and decisions made by the consumer. Classic Theory of Consumer’s Choice through economic logic omits psychological aspects of choice associated with flows of human nature in the face of the problem of choice. However, behavioural economy, while concentrating on widely understood behaviour, emphasizes the meaning of described aspects and explains them out of the prize–choice–income scheme. The behavioural economy owes a great explanatory significance to departure from the simplified model of homo oeconomicus – presenting a profile of a consumer who is being ruled by non-economic motives as well. The result of the conducted research is that the use of behavioural economics increases the possibilities of explaining the issues that are not discussed or are recognized as less important in mainstream economics.