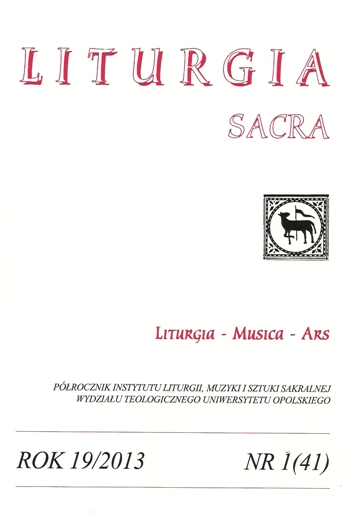 Summary/Abstract: The article describes the icon, which is shown by the Mother of God with Child and where the underlined is the feeling of motherhood which she bestows her son. Iconographic type called Glykofilusa shows Mother lovingly hugging a child to his cheek. Her face and eyes expresses pity, sorrow and love. A variant of this type of performances is Pelagonitissa, which strongly emphasizes the movement of the infant playing with the hands of the Mother of God. Emmanuel as the eternal Logos is shown on the image of praying to Mary, who keeps on his chest medallion with the image of Christ in the form of the Child. Also in the different stages of the life of Mary and the Christ feels that the Theotokos has for her son deep motherly. You can see it on the icons of Christ’s birth and Meetings of the Lord. Visions of Our Lady are Christ-centered and are through the adoption of the dogma of the Incarnation of the Word of God-Logos. The recognition of the divinity of Christ is synonymous with emphasis on the dignity of the Theotokos as Mother of God.