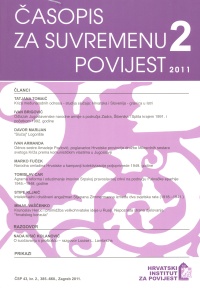 Summary/Abstract: Louise L. Lambrichs, a French novelist and essayist, was born in 1952 in Boulogne-Billancourt. She graduated with a degree in philosophy and earned a doctorate in literature. Today she is a professor at the Faculty of Political Sciences in Paris (Collège Universitaire de Sciences Po). During the last ten years Lambrichs has been researching the war in the former Yugoslavia led by the conviction that the wartime destruction in the former Yugoslavia affected many people while at the same time “very few understood the ideological origins of this war and many, rather than helping to establish courts which would be desirable in the struggle against falsifying history, continue to spread a discourse which, confusing spirits, introduces obstacles to a peaceful execution of international justice”. Dealing with traumatic events of the 20th century which include such issues as responsibility for mass crimes, race and other discrimination, the functioning of law and justice in an international context in terms of sanctioning crimes against humanity, etc., Lambrichs has in many ways contributed to an understanding of the ultimate ideological and ethical implications of our most recent historical events. This work approaches the efforts by historians to more clearly articulate the concept which is today aptly called “confronting the past”. Analyzing the recent traumatic past Lambrichs sees as a necessity in strengthening democratic and moral values in society. The Časopis za suvremenu povijest is publishing this discussion with Lambrichs on all the subjects mentioned above.