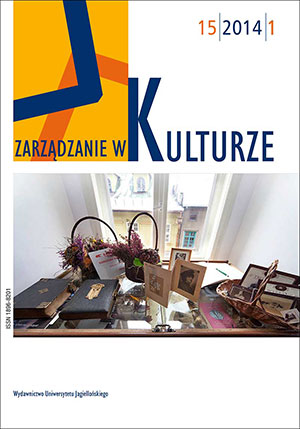 Summary/Abstract: The article tries to reconstruct possible issues that could appear when the postmodern mode of interpretation is applied to the problem of cultural heritage. The problem is more complicated because the idea of cultural heritage is mostly founded on the humanistic management theory and this theory also tries to use postmodern tools, but in a more general way. Thus, it is impossible to consider connections between heritage and postmodernity without referring to the discipline of humanistic management. The solution lies in the universal characteristics of postmodernity, especially in its theory of knowledge. The article presents this issue through the concepts of Jean-François Lyotard and Michel Foucault. These concepts underline the relativity and localness of knowledge. The same attributes can be found in categories used by postmodernity, like historicity, identity and even genuineness or humanity. In that case it is impossible to treat heritage as a simple order of succession, but rather as a local effect. But there is also a limit in this treatment which is constituted by the subject, the man, who ought to build his subjectivity against the polyphonic and meaningless form of the world. This also refines the fundamental bet between the heir and the testator, much more important than the circular movement of goods within the community which stands behind the modern form of cultural heritage.