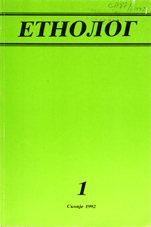 Fenomen graničnih prostora па primeru grada Раnčеvа u 19. v.
The phenomenon of the border space following the example of the Pančevo City in the 19th Century

Summary/Abstract: The imagined line between the East and the West has been streaching somewhere around Pančevo. Specific space position of the town in the 19th century (Military boarder, later boarder between Serbia and Hungaria) had established apecific institutions, profesions, ways of life and modеls of socialy allowable or forbidden behaviore. In the last century, manners, usually considered immoral and sinfull, were quite common in Pančevo, especially in the districts away from the town centre, mаinlу due to the proximity of the impure boundary spaces.