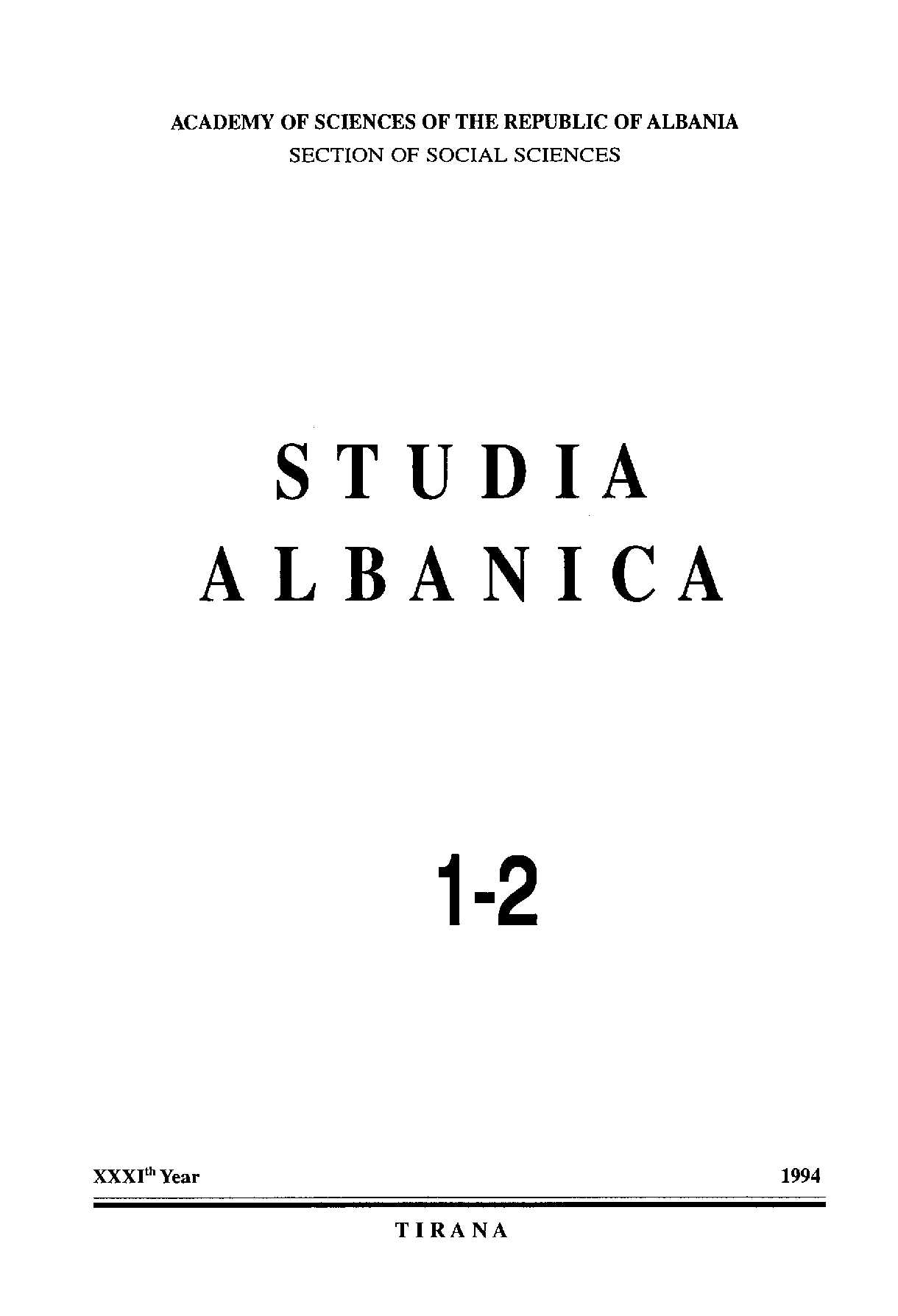 Summary/Abstract: Almost two centuries ago the English scholar Th. S. Hughes after a voyage in the vilayet of Janina, crowned with a still appreciated work, reported about the full lack of special researches concerning the ethnic situation in Epirus in the Middle Ages. Since that time up to now little has changed. Have lacked non only authentic studies about the ethnic character of Epirus in the Middle Ages, but even the few historical monographs on this region coming out meanwhile had as their object of study mainly the political events and the ruling dynasties in Epirus, principally in the XIIIth-XIVth centuries, at the time of the "Despotat of Epirus". So, A. Meliarakes and J. Romanos, two Greek classic authors, studying Epirus, don't touch the ethnic problem, even for the short period they take in examination (XIIIth-XIVth centuries). In the major work of P. Aravantionos "The Chronography of Epirus" in two volumes, leaving aside the other merits, the data of an ethnic character given by the author about the villages and inhabited centers of Epirus concern the XIXth century. Alike, they must be taken with great reservation as well as all the publications of this nature which came out in the years of the Eastern Crisis when were set forth arguments for the "hellenization" of this or that region, often inventing them, in opposition to the historical truth.