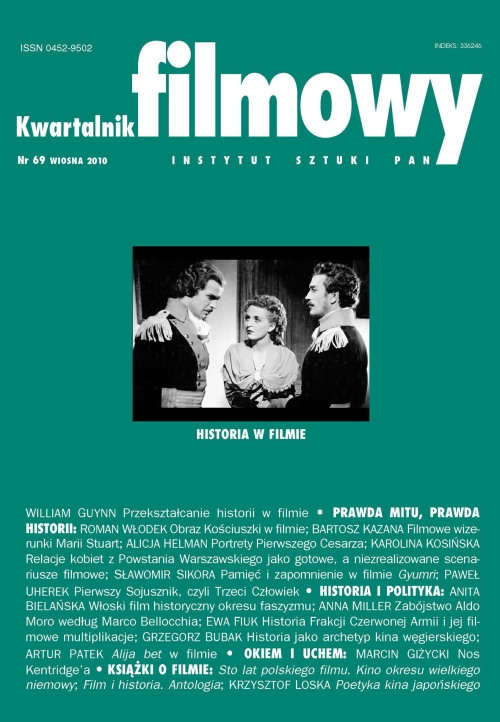 Summary/Abstract: Anna Miller analyses Marco Bellocchio’s "Good Morning, Night" ("Buongiorno, notte", 2003). The film deals with one of the most shocking, politically motivated atrocity during the post war Italian Republic,namely the kidnapping and subsequent murder of Aldo Moro, the then leader of the Christian –Democratic party and the former prime minister, by the Red Brigades. Bellocchio, thanks to his debut film "Fist in His Pocket" ("I pugni nel tasca", 1965), was considered a precursor of the cinema of contestation. His "Good Morning, Night", which is a film reconstruction of the tragic events of the 1978, is a reflection upon the failure of the utopia, and the director’s coming to terms with left wing views, that were once his own. The worldview aspect of the film – the cry against all forms of political fanaticism - coexists alongside a more personal aspect, which is also pin pointed by the dedication of the film to the director’s father in the opening credits of the movie. This dual nature of this work is, according to Miller, highlighted by the poetics of the film, that oscillates between realism and onirism.