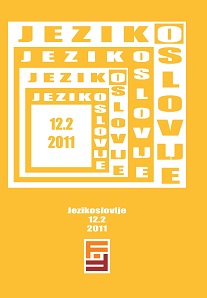 Summary/Abstract: The article focuses on the problem of representing idiom modifications (both standard and non-standard context-based and double-take effect-modifications, cf. tip of the large/huge iceberg, die bittere Suppe auslöffeln v. tip of the electoral iceberg, jmdm die finanzielle Suppe auslöffeln) in lexicography. A number of approaches to idiom modifications and their representation in dictionaries are discussed. Afterwards, a structure of a bilingual dictionary of idioms containing data on various idiom modifications is offered. The most notable pieces of information in an entry of such a paper are explanation of an idiom’s actual meaning and its underlying metaphor, and examples of the most common modifications of the idiom, including the number or percentage of their occurrence in language corpora. The resulting work would be equally useful as a student’s dictionary and a scholarly book dealing with comparative and contrastive research. Besides, if transformed into a monolingual dictionary, it would be interesting for laymen, notably, due to various creative and non-standard idiom modifications.