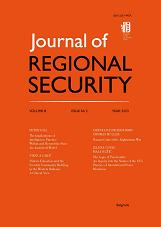 Summary/Abstract: In recent years there has been a rich flow of scholarly works on the “waning of the West’s primacy”, and the books reviewed in this essay are no exception. They contribute to ongoing debate between the “declinists” and those who believe in the durability and adaptability of the present Western order in the time of transition of power. The debate has been largely focusing on the decline of the U.S. power relative to the “rising rest” and its implications on the international system. Previous studies have largely focused on the logic of power in world politics and whether power transition can bring about war or peace. On the other hand, there are scholars who argue that the current transition of power from the West to the East is part of a longer historical pattern (cf. Tammen 2008). To them, this coming change in the shape of a Post-American World is something that can be managed and embraced, without employing a Realist logic which perceives such course of developments as a threat to the only viable conception of international order (cf.Mearsheimer 2001, Zakaria 2008).