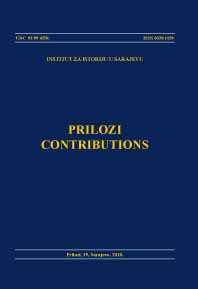 Genocid nad djecom u Srebrenici - sigurnoj zoni UN-a jula 1995. godine
The Genocide of Children in the UN Safe Haven of Srebrenica, During July of 1995

Summary/Abstract: During July 1995 in the safe haven of UN in Srebrenica genocide was committed, well planned, efficiently organized and executed. The ideological and political bearer of the genocide was the Great Serb regime of Slobodan Milošević, and the main executors were the Army of the (Federal Republic) Yugoslavia, Ministry of Internal Affairs of Republic of Serbia, the Serb Democrat Party of Bosnia and Herzegovina, the Government of Republic of Srpska, Ministry of Internal Affairs of Republic of Srpska, and the Army of the Republic of Srpska. The Ruling of the International Court of Justice in the case brought by Bosnia and Herzegovina against Serbia and Montenegro, delivered on 26 February 2007, states the following: ”By seeking to eliminate a part of the Bosnian Muslims, the Bosnian Serb forces committed genocide. They targeted for extinction the forty thousand Bosnian Muslims living in Srebrenica, a group which was emblematic of the Bosnian Muslims in general. They stripped all the male Muslim prisoners, military and civilian, elderly and young, of their personal belongings and identification, and deliberately and methodically killed them solely on the basis of their identity.” During July 1995 in Srebrenica genocide was also committed against children whereby all acts of International humanitarian right and other International conventions about the rights of the child were broken.