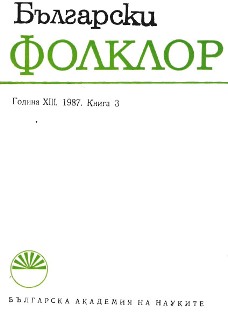 Summary/Abstract: The poem was one of the most firmly established and rapidly developing genres during the last two decades of the 19th century. Then it reached the stage in which, because of its firm base as а literary kind, it could absorb most fully the exuberant legacy of the folklore experience. The relation between folklore and the poem developed in two directions – as an attempt at а stylizing imitation and as а drive towards а maximum detachment in terms of ideas and aesthetics. In both instances this relation added considerably to the variants of lyric and epic synthesis, and resulted in the creation of new treatments in terms of imagery, composition and style. The present article traces the interrelationships between folklore and the poem in Bulgarian literature in the course of ten strenuous and prolific years. The conclusions are drawn both upon the observation on the general process and on the analysis of the highest achievements among the poems: „Ralica” by Р. Р. Slaveykov, „Chain Dance” by К. Hristov, “Hotheaded Youths” by Р. Yavorov.