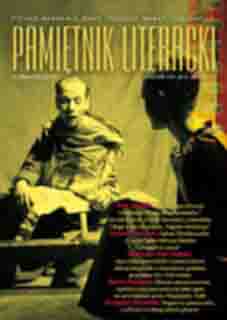 Summary/Abstract: The article refers to Bolesław Leśmian’s manuscripts which in 1944 the poet’s wife and daughter took away from Poland. Following a long peregrination, the materials were found in the collection of Harry Ransom Center in Austin (USA). Attempts to raise the Polish authorities interest in them failed, and thus the manuscripts stayed abroad and have for many years lacked scientific research. The author of the text focuses on the benefits of a philological analysis of the survived manuscripts, which reveals not only the way Leśmian perfected his texts but also their shape being the closest to the author’s intention.