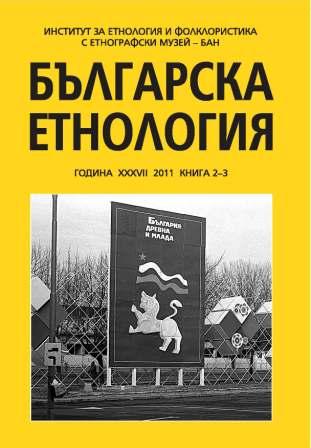 Summary/Abstract: This text is about the separation between the official committment of today’s political elite in Serbia to the European integration and the politics of identity that is still marked by the nationalistic symbolism of the 90s. Specifically, it debates the chances the European values have for being reaffirmed in Serbia considering the extremely deeply rooted disharmony between that choice and the anachronous, national-romantic, ethnocentric concept of identity, which is essentially incompatible with the idea of the modern civil society and state, and the standards imposed by the present reality. Through an analysis of the symbolic features chosen by the post-comunistic Serbia as the basis of it’s new identity (Kosovo, Orthodox Christianity, cirillic alphabet, St. Sava, the national anthem, flag and coat of arms) the author investigates the reasons why Serbia of today has desided to go back to the model that suited the social and political reality of the XIX century or rather what meaning and purpose such symbols have at present. The author tries to answer the question what can be concluded about the elementary orientation of Serbia today based on it’s choice of symbols in combination with associated history and national identity. Where does a story that defines a country as an ethnic-religious state lead? What does it offer to it’s new generations of citizens, and what kind of future does it herald?