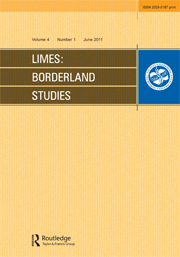 Summary/Abstract: The article addresses the issue of cultural identification of Minsk as an Eastern European post-Soviet capital. In order to understand the city's present it is necessary to consider the radical changes it underwent in the 20th century, including almost a total destruction, radical change in ethnic structure, rapid after-war spatial expansion and, lately, the intensive symbolic production as a post-Soviet capital. To identify the characteristic features of Minsk through the sociological lens, cultural theory as well as historical reconstruction and cross-national comparison are employed. The article seeks to reflect the organisation of space and cultural narrative produced in Minsk today, as well as to consider the common strategies of thinking about Minsk. The changing statuses of Minsk and its symbolic role in the last century necessitate a profound reconceptualization of Minsk as a phenomenon. The authors argue that the analysis of the ongoing changes in post-Soviet capitals (both in and out of the European Union (EU)) presupposes the reconstruction of their socio-cultural context.