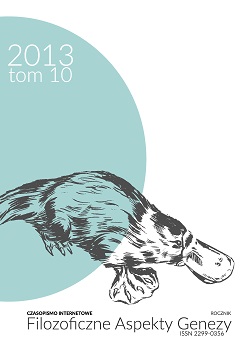 Summary/Abstract: According to intelligent design theory, certain biological and cosmic phenomena were designed by an intelligent being that could just as well be natural as supernatural, and this design is scientifically detectable. However, critics pose an objection that unscientific character of this theory is discernible in that it is not useful for science because it does not inspire new scientific research and thus it is stopping the progress of science. The lack of research program or scarcity of carried out research projects is recognized also by the proponents of that theory, but the article presents some possible research which intelligent design theory may inspire. Although the development of research program by design theorists is not necessary from the methodological perspective, in practice the potential scientific success of intelligent design theory depends largely on whether the proponents of this approach would convince scientists that thanks to it they can do something, that it could be a good, fruitful research guide, and thus demands more commitment of design theorists to the effort of forming and actively accomplishing a research program than it could have been observed so far.