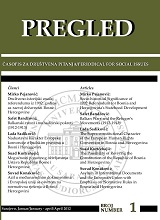 Summary/Abstract: “The golden era” of national statehood in the Balkans, a region of contacts and contrast between Christianity and Islam, East and West, from the Berlin Congress until the World War One, was a period of national tensions and attempts to “rectify history not only on paper, but also by means of aggressive state politics”. Persecutions and massive exoduses of entire populations, especially Muslims, reached its peak during the Balkans Wars (1912-1913), which are among “the most representative illustrations of exploitation of ignorance, prejudices, fatalism and political backwardness of undeveloped societies”. Nationalist-chauvinist passions and religious intolerance found their expression in killing, forced expulsions, looting and burning Muslims houses. This was true of all the armies of the Balkan states in the war against Ottoman Empire, without exception. The Balkan wars brought to an end the process that began in 1877-1878, by which the Muslims, who used to be the dominant religious community in the largest part of the Balkans, were reduced to minorities in non-Muslims small states that were going to be ruled by former subject of the Sultan. The banishment and migration of the Muslim population brought about fundamental changes in the ethnic and religious structure of the Balkans. The crucial events in the history of the Balkans ought to be presented from different perspectives, from the perspective of all their actors as well as from the perspective of ordinary people.