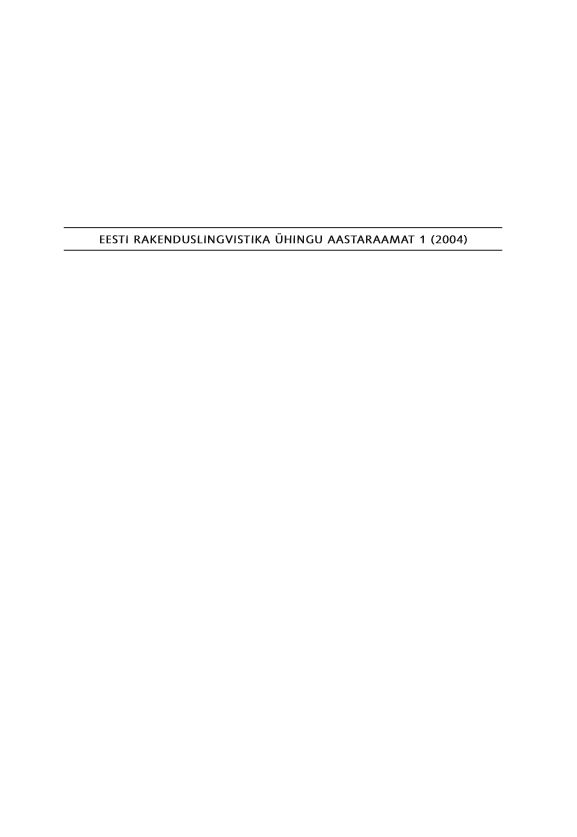 Summary/Abstract: The focus of the article is on the acquisition of the distinctly differentiated lexical layer of onomatopoetic words, imitatives. Both early onomatopoetic words in general and imitatives are in a period when there are no morpho¬logical characteristics in the language usage of a child and syntactic characteristics cannot be spoken of due to the absence of multi-word expressions, belonging to ambivalent word class. Imitatives are short language units that need no morphological change and can therefore be used in a so-called readymade form. This enables a child to be a member of a language collective and communicate already in a pre-morphological period when the inflexion system has not yet been acquired. Imitatives are frequent and early in child language, caused mainly by their frequent use in the child directed speech and the propounding conditioned by the reduplicative structure. Already early imitatives are characterized by the regular alteration of sounds characteristic to onomatopoetic words. The usage of onomatopoetic words depends to a certain extent on socio-cultural aspects: a certain language room has its characteristic words based on a number of traditional routine situations. As the child ages, in a protomorphological stage when the acquisition of morphology begins, the onomatopoetic words and imitatives become morphologically more com¬plicated both in the usage of a child and the parent, also in the course of ageing there shall be less routine situations containing onomatopoetic words in conversations. It can be deduced that the more general purpose of a frequent use of onomatopoetic words and imitatives is the attempt of the one speaking with the child to simplify the process of their conversa¬tion. The usage of supportive verbal constructions and the later use of deduced verbs with a similar lexical content demonstrate especially clearly the speaking ability of a child to adapt his own language use according to his development.