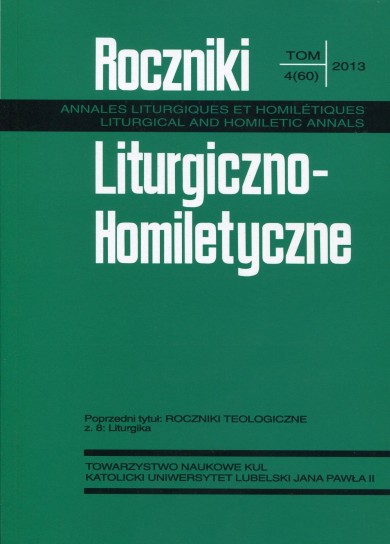 Summary/Abstract: The Second Vatican Council in the Constitution of the Liturgy shall proceed with the reform of the liturgical year, which means the prior calendar reform. In 1969, before the publication of the new Breviary and Missal, Pope Paul VI promulgated the General Roman Calendar, reformed pursuant to the decrees of Vatican II. For this, study group was assigned to carry the task of revising the calendar, which was placed at the beginning of all the technical organization of the “Concilium” with number marked “one”. The guideline program for the revision of the Calendar is delivered in Chapter V of the Constitution, which talks about some criteria that have guided the work of the revision of the calendar. Time for the new Roman calendar highlights more vividly, the paschal mystery of Christ. Sanctorale was organized according to the following criteria: the change of dates, the universality of the Church and thus in his holiness and the elimination of the feasts of devotion.