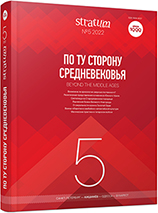 Summary/Abstract: Amulet-pendants made of jaws and teeth of predatory mammals are recorded by archaeologists almost everywhere in the northern part of Eurasia, from the Paleolithic to the Late Middle Ages. Traditionally, they are considered an integral part of hunting magic, zoolatria pagan attitudes and distinctive signs of the social status of their owners. Such finds allow us to trace the echoes and remnants of pre-monotheistic beliefs in Late Medieval societies. A small amulet in the form of a pendant made of a bronze clip with a part of the lower jaw of a predatory animal was discovered in burial 9 during excavations of the cemetery Solyony II on the territory of the Taman Peninsula (Russia). Chronological attribution of the cemetery by the assemblage of finds refers this burial to the time of the Crimean Khanate (17th —18th centuries). Taxonomic examination has established the origin of the lower mandible from the skull of an old fox (Vulpes vulpes), for which the status of a tamed animal is not excluded. The specific characteristics of the amulet and the archaeological context of its location emphasizes the uniqueness of this artifact. The following are discussed in detail: the belonging of the amulet to a relatively rich burial complex of a deceased young woman; the using of a sacred skeletal element (lower jaw) in the amulet; and the fox, which in the medieval period was perceived as one of the female ongons. The variants of the semantic load for the amulet under discussion are considered on the basis of the verbal epos, myths and zoolatry tradition preserved among the multi-ethnic population of the Caucasus.