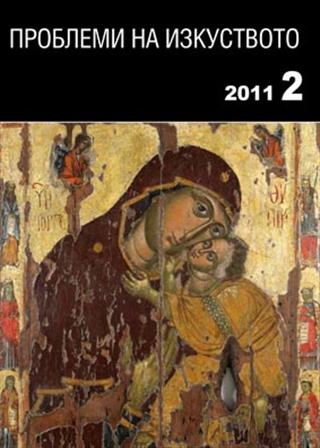 Summary/Abstract: The icon that this text is dedicated to has large dimensions: height 143 cm and width 99 cm. in the beginning of the 20th century it was located in the royal raw of the iconostasis of the bishop church of st. stephen in nessebar (the so called new bishop Church). later it was moved to the national Museum, sofia, while in the mid 1960s – in the Mediaeval and revival department of the national Art gallery in the Crypt of the st Alexander nevsky Cathedral. its restoration was done by the artist dana decheva and was completed at the end of 2009. the activities, connected with this were part of a larger project, financed by the leventis Foundation. this is one of the oldest preserved in bulgaria icon which in its long history undertook many changes. the oldest is the image of Christ Pantokrator with deesis. it was dated from the second half of the 16th – the beginning of the 17th and was possibly the work of a master from Constantinople. From the iconographic point of view of interest is the purple gospel with golden letters which Christ is holding in his hand. by the end of the 14th century the old icon, which by that time was quite damaged, was cut on the borders and placed in a new wooden ‘coffin’. A local icon painter was asked to restore the losses of the old image and he drew on the back side a Crucifixion. In this way the icon became bipartite, designed to be used at church processions during important church holidays. At the same time the old image of Christ Pantokrator was decorated with a precious repousse cover. Besides the silver gold-plated nimbus it included numerous silver bands (some of them– gold-plated) which covered Christ’s body. In the period 1598-1599 when the nessebar new bishop Church was renovated and decorated with new murals the icon was also renovated. Christ’s face was drawn anew while the ktetor Manuel Julianu added a silver gospel and a blessing right-hand. The services of the noted citizen of nessebar were marked with a special inscription in the western part of the new bishop Church and next to the inscription a specific mural ‘copy’ of the ancient, respected icon was drawn where all the additions to the repousse cover made by Manuel Julianu were noted. During the period between 1780 and 1791 the image of Christ was drawn for the third time. Most probably the ktetor was bishop Constantine, whose portrait was placed next to the above-mentioned mural ‘copy’.