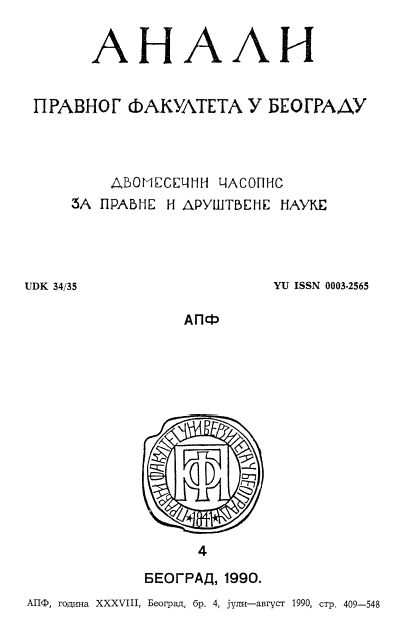 Summary/Abstract: New arguments and new results are presented in relation to the origin and characteristics of the fief in the medieval Serbia. First analyzed are some data from the well-know King Milutin's charter in favour •of the Skoplje monastery of St. Georege (1299—1300), which indicate that soldiers mentioned in articles 33, 34, 35 and 69 are not fief-holders; the notion of the fief-holder, namely, does not always imply a person granted State land against the duty to serve in the army. This is confirmed also by the data from other Serbian documents of XIVth century. The author" further tries to prove that Serbian XIII century soldiers did not originate out of Byzantine stratiots and that they are rather similar to the" Croatian-Hungarian ”predyials". Analyzed is also the notion of "prdalitcha” from the certificate of Bulgarian emperor Konstantin Asem issued to the benefit of already mentioned Skoplje monastery, while trying to prove the untenable position of Panaiteskuova and Mošin concerning the matter. Also analyzed is the phenomenon of "prnyavor" (prnjavor) (a settlement near the monastery) in Serbia and Bosnia, while concluding that those people were not fief holders (pronijari) but serfs (dependent peasants). Finally, the author considers the institution of fief in the Zeta Province under the Venetian rule, while indicating important results reported by I. Božić.