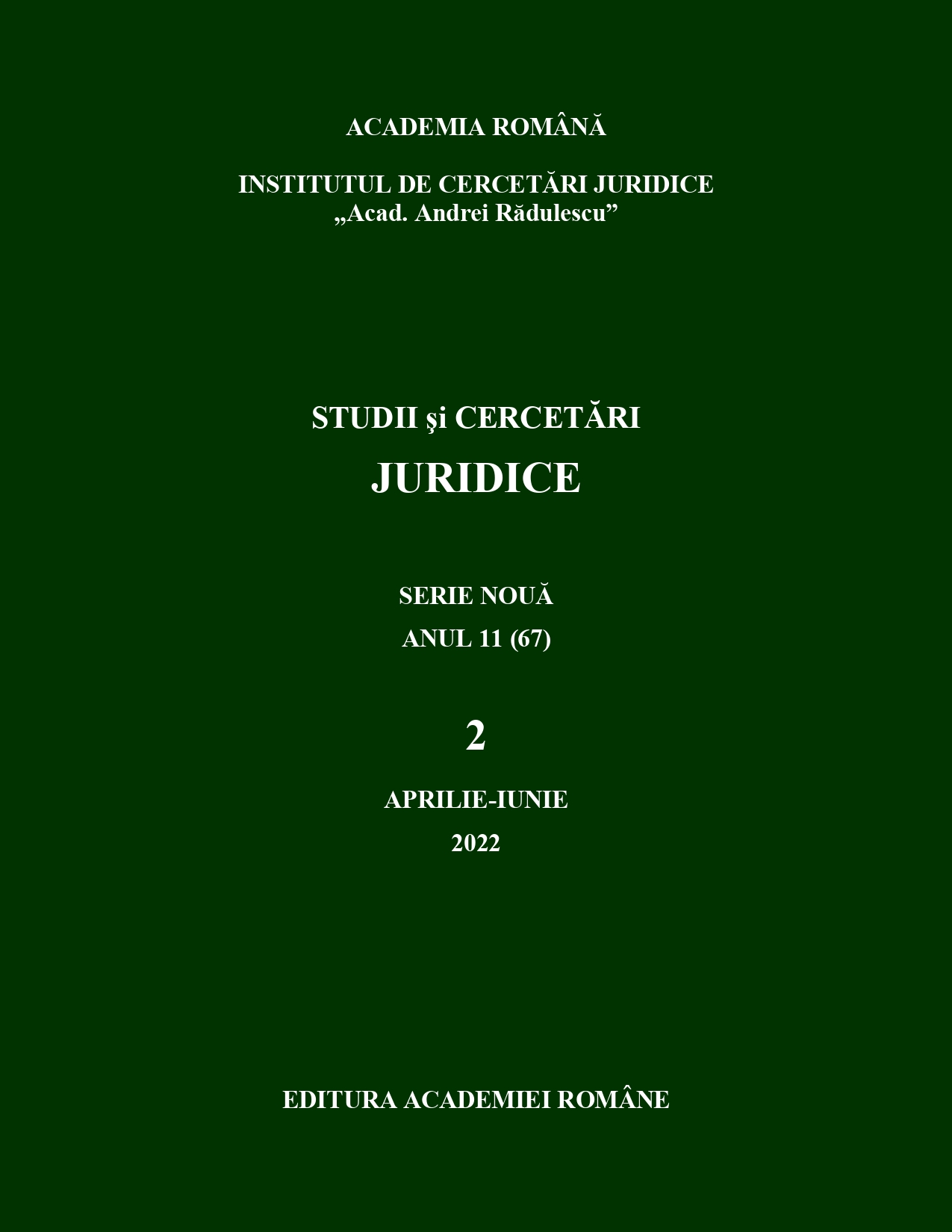 Summary/Abstract: As a complex, both political and juridical, personality of the inter-war period, Nicolae Titulescu (1882–1941) was remembered by his peers especially by his diplomatic activity (as Romania’s minister of external affairs and its representative at the Society of Nations) and by promoting the values of international law. Apparently “shadowed”, his work and papers on civil law completes and characterizes the formative and professional basis, the academic presence, and his office as a barrister. Titulescu’s juridical profile is thus revealed in its multitude and as essential in his public activity, thus under a strong influence. The general conception on law and its application in civil law stands out as Titulescu’s scientific contribution. “Read” in the terms and valued according to the priorities of each era, it stands of great actuality, as a chance of “reinventing” Romanian juridical science. Joining the new orientation from the end of the XIXth century and the beginning of the XXth, of abandoning the exegetic school if favor of the perspective of economic, social, and psychological conditioning of the legal phenomenon, Titulescu will promote the thesis of law as a social science, thus offering the prospects for the development of a “Romanian law”, in the sense of a creative adaptation of the imported regulation (specific to modernity), and stimulating the creation of a normativity exposed to the needs of the society, with a corresponding case law and jurisprudence. As a jurisprudent, Titulescu offered “a study of the civil law, and not of the civil code”, alternating the critical (economic and social) research with the legal debate and analysis. To him, interpreting the law was not exclusively a search for the view of the lawmaker, but not as much abandoning the written law in the name of equity; it was, most likely, adapting the law to social needs. Last but not least, by valuing this heritage, the direction to be followed by the post-1989 Romanian legal thought became now a rediscovery of the science of law as an intellectual effort, having its origins in the “spirit of the people” (Savigny), by which the Romanian society reveals itself to the jurist as “principle of our law” (M. Djuvara), and its purpose in the configuration of Romanian law as a system of legal institutions created by transposing the realities of social life into the technical language of legal categories.