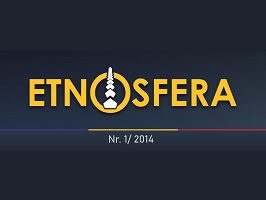 Summary/Abstract: Regarding the dynamics of a Romanian village, Dimitrie Gusti formulated the frames and manifestations theory. The frames are operationalized into the potentialities which exist in any society, under different forms. The larger categories of frames are cosmological (spatial), psychological, biological and historical10 and they are to be found under different forms and variations. The actual enactments of these potentialities are the manifestations themselves, divided into cultural, economic, political-administrative and juridical11 manifestations. Regarding the celebration of Dragobete, it is a great example of a cultural manifestation which derives from more than one frame. Mainly, it has its roots in the historical frame, i.e. “the past life of the village, which of course has vanished, but which is still present through traditions”. The best example for the historicity of Dragobete is the fact that scholars interested in this celebration still have not reached a consensus regarding its origins, which are lost in the mist of the time. Some argue that it is a more than 2000 years old celebration; some claim that it is more recent due to the fact that there is no written proof that is 2000 years old.