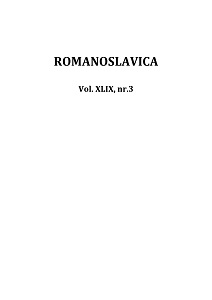 «Приглашение на казнь» В. Набокова или магия лабиринта
«Invitation to a Beheading» by V. Nabokov or the magic of the labyrinth

Summary/Abstract: The works of Vladimir Nabokov, which fall into the category of writerly (scriptible) texts, as Rolandes Bartes, the French critic, calls them, targets a new type of readership, one that is capable of active participation in and genuine collaboration on the act of literary creation. Nabokov, once explained, literature as Art starts with mapping the territory that needs discovering, where every object must be named by its own name. One such way of getting to know the Nabokovian texts is through its symbols. Every symbol - that of paradise lost, of the nymphette, the garden, the butterfly, the eye, the labyrinth - can be used as the key to his texts, forming a semantic code that unites the semantic blocks in Nabokov’s writings, the latter assembled in a way that allows for countless combinations. The labyrinth is the semantic structure of one of the most important novels of Nabokov’s Russian writing: Invitation to a Beheading. Its network of meanings can only play endlessly on the text’s connotations.