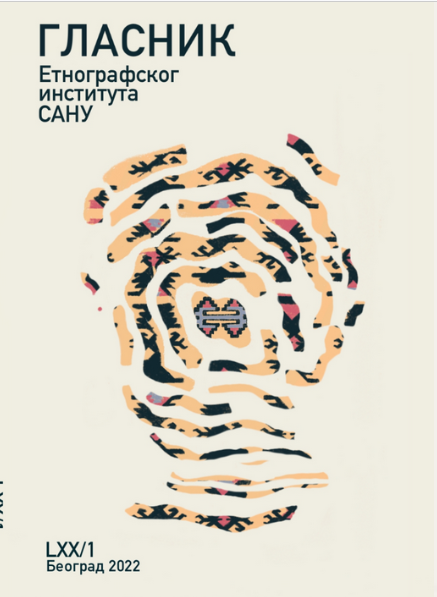 Summary/Abstract: The paper provides a lexical-semantic and ethnolinguistic analysis of the various names used in the speeches of South-East Serbia to denote the traditional košuljaor shirt and its component parts. The lexical material was excerpted from dialectical dictionaries and expanded with data compiled for the first volume of the Serbian Dialectical Atlas. The recorded nominations were described based on semantic data confirmed in the dictionaries, and then analyzed as part of semantic groups and subgroups. The aim of this paper was to perform a lexical-semantic analysis to indicate the importance of the traditional shirt as part of the traditional Serbian dress in the linguistic image of the world of patriarchal speakers of the Prizren-Timok dialect area, the cultural specificities (beliefs, rituals, symbols, etc.) embedded into the semantic content of the given lexical units, as well as the specific attitude of the representative speakers towards one segment of traditional material culture.