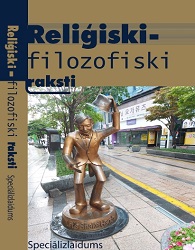 Summary/Abstract: Korea’s enhanced material capabilities and international standing are reflected also in its interactions with the Middle East that never has been as important to Korea as it is today. At the same time, the extensiveness and complexity of Korea-Middle East relations are not commonly appreciated in the public media or in people’s minds. Indeed, the media coverage of this subject is sparse, even in Korea. In a way, such disregard of the once-important Islamic civilization is a phenomenon throughout East Asia, which is also linked to the political-economic and ideological problems of the Middle East today: military conflicts, overpopulation, marginalization of religion for political purposes, etc. Nevertheless, we must not judge the past or the future from the today’s perspective, taking into account former cultural and historical ties between Korea and the Islamic civilization from the middle of the ninth till the sixteenth century. One of the most interesting pieces of evidence in this regard is the ancient Muslim itineraries to which certain research by Korean scholars has been dedicated, yet it has not become sufficiently popular internationally and calls for further serious study and analysis, considering the specific features of these itineraries, their religious and didactic context and origination of evaluation of other cultures in the medieval Islamic civilization’s stereotypes of the world and its population.