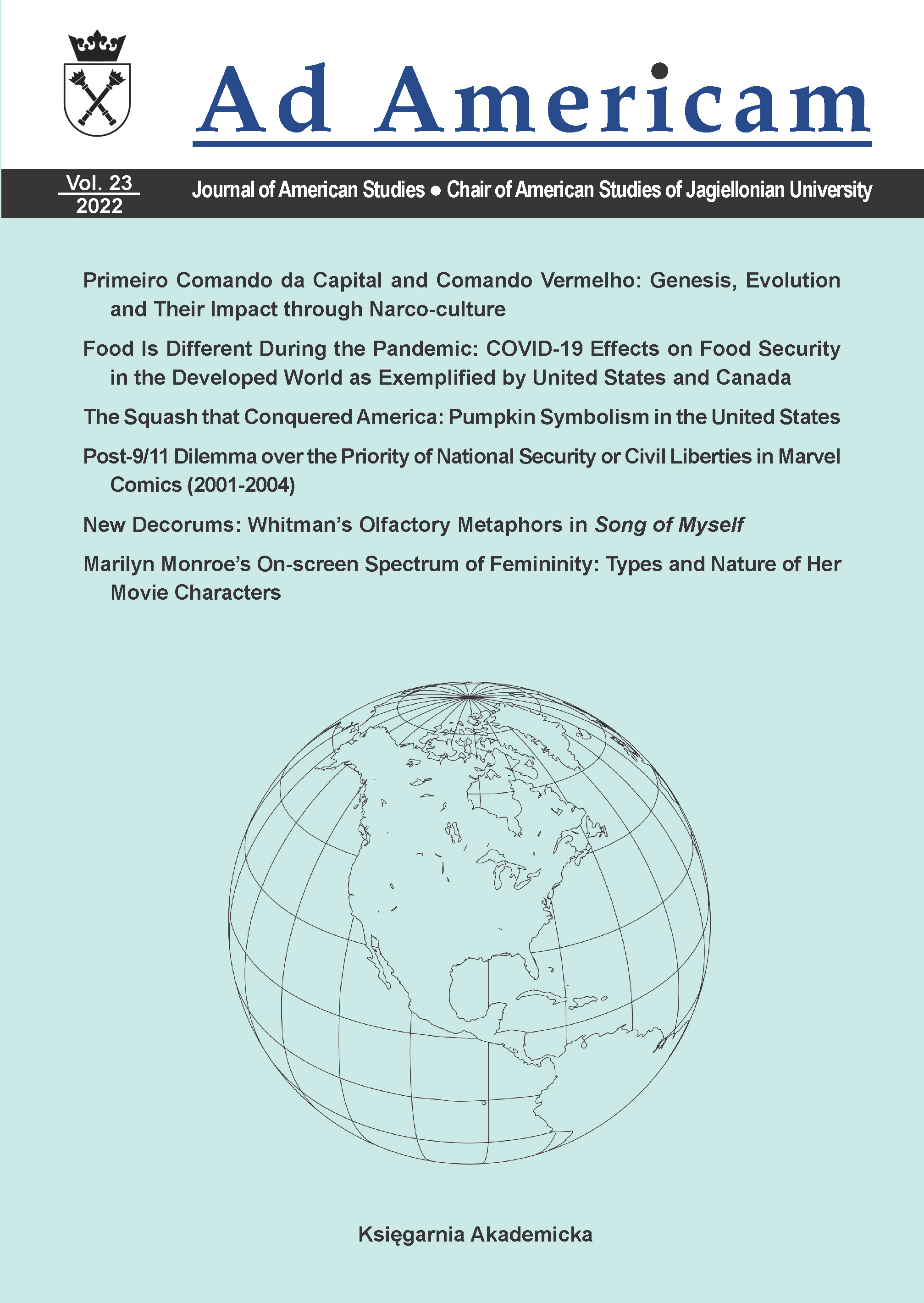 Summary/Abstract: The article contains an analysis of comics from Marvel Comics, published between the second half of 2001 and the end of 2004. With the mixed methods approach (quantitative and qualitative research), the criterion for the analysis is appearance of and references to the socio-political dilemma of the conflict between ensuring national security and respecting civil liberties. It was one of the most important topics of debate for American society after the terrorist attacks of 9/11 in the sphere of politics and law in the US. The analysis aims to discover the number of comics that dealt with the subject of this post-9/11 dilemma, as well as to categorize individual stories, with the use of Jonathan Culler’s over-interpretation, as supporting the priority of national security or advocating for the importance of civil liberties. With these data, it will be possible to determine the political tone of individual comics, as well as to establish the views of the artists working for Marvel Comics and their attitudes to the policy pursued by the administration of President George W. Bush. The article uses studies conducted as part of doctoral research from the unpublished dissertation Terrorism, politics, and civil liberties in the American comics after September 11, 2001, based on a comics analysis of Marvel Comics, DC Comics, and Image Comics.