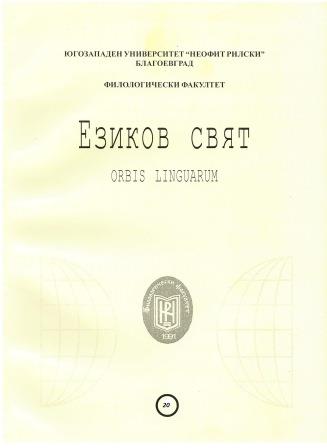 Summary/Abstract: Ovid's poem "Metamorphoses" forms its own literary and philosophical concept of metamorphosis, in which every collapse of forms is only a step in the process of their transformation. The most important aspect is that chaos is twofold: it is both material disorganization and an immanent force. The article points out that not only the primal state is chaotic, but chaos is present in the catastrophe of all forms, it is in the absence of a slit or a gap, which pushes matter to mix and confuses itself incessantly. The gap between the separated moments (narrative, motifs, or figurative interruptions) can be fulfilled in two ways. The first is merely receptive and universal (the role of the reader); the second one is metapoetic. It is in the meta-level of the creation of the concrete work itself – the self-reflexive indication that "Metamorphosis" is an artificial fusion, which assembles heterogenic elements in one texture. And although Ovid introduces the story of the plastic transformation of new images, forms and bodies, the very force of change is chaotic – it creates new links and new forms. The episodes with the catastrophe of the bodies are a crystallization of the chaos in the order of forms. Dixere chaos: nothing dies, it just mingles or blends and so it can't end for good.