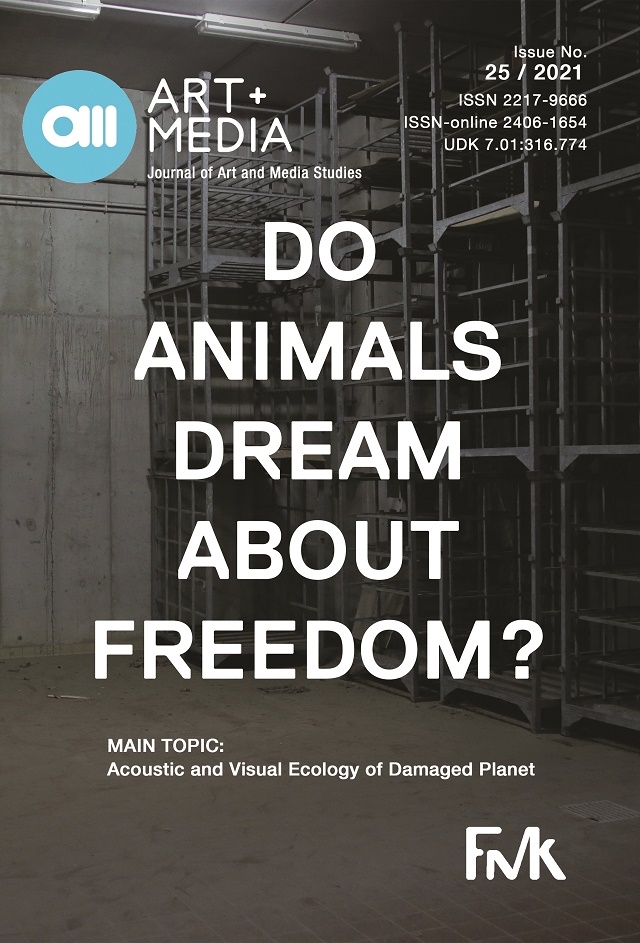 Summary/Abstract: The paper analyses diametrically opposite portrayals of animal liberation in four contemporary films (Denis Henry Hennelly’s Bold Native (2010); Kornél Mundruczó’s White God (2014); Chris Renaud’s The Secret Life of Pets (2016), and Joon-ho Bong’s 2017 Okja). The discussion of the films’ “politics of visibility” and its role in animal liberation is informed by the theoretical work being done in the field of critical animal studies (CAS). In CAS, animal liberation, also known as abolitionism, refers to the ethical and political position which rejects all kinds of human use of nonhuman animals; as such, it is at the basis of the animal rights movement and various forms of related activism, primarily the “direct action” of physically rescuing animals from factory farms and research laboratories. Dedicated to animals’ liberty, abolitionism is nonetheless human-centered and is obviously treated as such in Bold Native and Okja, which both romanticize and explore the pitfalls of militant animal rights activism, while deploying the images of nonhuman animals mainly, though not exclusively, as victims. Yet the phrase “animal liberation” in this paper also refers to to the state in which former pets find themselves once they are liberated from generally abusive human ownership. Former pets no longer under human supervision are either ridiculed, as exemplified by Renaud’s “Flushed Pets”, or, as in White God, depicted as monstrous and bloodthirsty. These portrayals, it is argued, convey the danger and threat a liberated animal poses to the anthropocentric order.