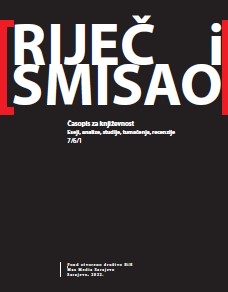 Summary/Abstract: The aim of the paper is to ascertain whether there is a Serbian discourse on Andrić, according to the same criteria Zoran Milutinović uses in his book Bitka za prošlost to ascertain the existence of the Bosniak discourse. Approaching Andrić’s opus through the notion of collective trauma related primarily to the Ottoman and Austro‑Hungarian period in Bosnia and Herzegovina, the author presents in the analysis of books and articles by Nikola Koljević, Vuk Milatović, Rade Lalović, Predrag Palavestra, Vladimir Dedijer, Zoran Konstantinović, Milan Bogdanović and Isidora Sekulić that the Serbian criticism read Andrić in a manner similar to that of the Bosniaks.