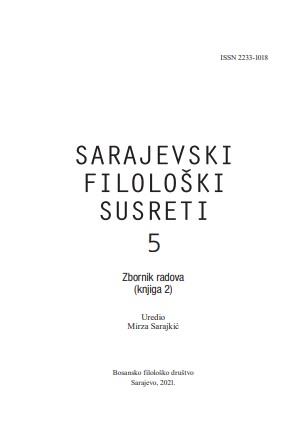 Summary/Abstract: In the novel Yugoslavia, My Homeland by Goran Vojnović, the protagonist reveals that his father, whom he thought was dead, is actually alive and accused of war crimes committed in Croatia during the war of the 1990s. Therefore, he embarks on a search that is taking place in the states of the former Yugoslavia. The protagonist of the novel summarizes the identity issues characteristic of former Yugoslav space, but also outlines the basic features and problems of the transitional society. Individual drama is a stimulus for considering the concept of post-Yugoslav identity because the protagonist performs two searches at the same time: for the father and for the personal story. The paper examines the relationship between space and memory through the prism of the conception of post-Yugoslav identity.