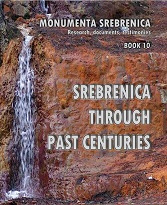 Summary/Abstract: In issues 8 and 9 of “Monumenta”, we remembered the mothers ofSrebrenica: Hatidža Mehmedović, Begija Malagić and Ajša Đozić, whosethree generations of male family members were killed in the crime ofgenocide in Srebrenica in the 1992-1995 war against the Bosnian society andstate. There are many such mothers. The question is whether all of them willever be listed and remain in the Bosniak collective memory as the heroineswhom the criminals killed the children and thus themselves before theirbiological death. In this issue of “Monumenta” we will remember the “sadfate”, four sisters, four daughters of Ibrahim Bektić (1901-1972) and Havka(1902-1959), born Mujić, from Mehmedovići near Tokoljaci, the Srebrenicamunicipality, and their brothers Ohran (1935-1995) and Daut (1950-2021).Why them? The previous two examples of “Memories” show individual casesof genocide within a family, without indicating its “width” along the side linesof relatives, such as sisters and brothers. With this case, which is unfortunatelyone of many, we will show the scale of the family tragedies of the sistersand brothers in the crime of genocide against Bosniaks in Srebrenica.