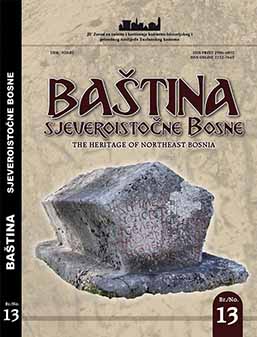 BIJELJINA OD 1991. DO 2013. GODINE: PROMJENE U ETNIČKOJ STRUKTURI STANOVNIŠTVA POD UTJECAJEM RATA PROTIV REPUBLIKE BOSNE I HERCEGOVINE
BIJELJINA FROM 1991 TO 2013. CHANGES IN THE ETHNIC STRUCTURE OF THE POPULATION UNDER THE INFLUENCE OF THE WAR AGAINST THE REPUBLIC OF BOSNIA AND HERZEGOVINA

Summary/Abstract: Before the aggression on the Republic of Bosnia and Herzegovina, Bosniaks, Serbs, Croats, Yugoslavs and Others lived together in Bijeljina. According to the 1991 census, there were 96,988 inhabitants in the municipality of Bijeljina. There were 30,229 Bosniaks (31.17%), 57,389 Serbs (59.17%), 492 Croats(0.51%), 4,426 Yugoslavs (4.56%) and 4,452 Others (4.59%). At the same time, the city of Bijeljina had a population of 36,414: 19,024 Bosniaks (52.24%), 10,450Serbs (28.70%), 366 Croats (1.00%), 3,452 Yugoslavs (9.48%) and 3,122 Others.(8.57%). The population of the Municipality lived in the city of Bijeljina and another 58 settlements. Bijeljina, as a strategically important city in the plans and goals of the aggressors, has been the target of attacks since 1991. Aggression and war crimes against Bosniaks were planned, prepared and organized against this Bosnian town. Camps for Bosniaks were organized in Bijeljina, civilians were killed, mass and systematic rapes and other forms of sexual violence were committed, the Bosniak elite was targeted killed and persecuted, civilians were expelled and deported en masse, cultural property and property were destroyed, and all Islamic religiousobjects.On April 1, 1992, Bijeljina was attacked by the so-called "Serbian forces". Thetargets of the attack were Bosniaks, Albanians, Roma and other non-Serbs, who wereunaware of what was happening in their town. They were killed in their houses,apartments, mosques. They were also massacred on Eid al-Fitr, April 4, 1992. Theso-called The Serbian Volunteer Guard (SDG), a special unit of the Serbian StateSecurity Service, led by Zeljko Raznatovic Arkan, which was under the directcommand of Slobodan Milosevic's regime in Serbia, and the "Mirko Chetniks" ledby Mirko Blagojevic. Under Arkan's command was placed the municipalgovernment, the police, the army, the judiciary, the Territorial Defense. Bijeljina wasoccupied. In April 1992 alone, at least 93 civilians were killed in Bijeljina (81Bosniaks, 8 Albanians, 3 Serbs and 1 Croat). From March 31 to April 6, 1992, atleast 55 civilians were killed. Pictures of crimes from the streets of Bijeljina quicklywent around the world, but the international community did not react to the picturesof horror. Bijeljina was a rehearsal for war, murder, war crimes and genocide thatsoon followed throughout the Republic of Bosnia and Herzegovina.The war in Bosnia and Herzegovina ended with the signing of the DaytonAgreement on December 14, 1995 in Paris. According to many researchers, intellectuals of various profiles, the Agreement legalized the genocide of Bosniaks inBosnia and Herzegovina.According to the Dayton Agreement, there are two entities in the internalstructure of Bosnia and Herzegovina: the Federation of Bosnia and Herzegovina,which consists of 10 cantons, and the Republika Srpska. Apart from the two entities,there is also the Brčko District of Bosnia and Herzegovina, which was created by theDecision of the International Arbitration Court. It was established on March 8, 2000.Between 1992 and 1995, approximately 2,2 million people in Bosnia andHerzegovina were forced to flee their homes. After the war, he began to return,among other things, to Bijeljina. The return process of the expelled Bosniaks wasslow and disorganized. The first wave of returns ran from 1996 to 2000. The exilesmostly returned to the local community of Janja. In 1998, the work of the Majlis ofthe Islamic Community in Bijeljina was renewed, and since then the process ofreturning property has begun. Everything went extremely slowly with a lot ofobstruction by the local authorities. However, in 2002, the foundations for all fivedemolished mosques in Bijeljina were "poured out". The mosques were renovatedthanks, among other things, to the funds of whites who lived abroad.An aggravating circumstance for returnees is the fact that the Bosnian languageis denied in the Republika Srpska entity of Bosnia and Herzegovina. Teaching in theBosnian language is prohibited, and the language called the non-existent Bosniaklanguage. This discriminates against students who want their language to be calledBosnian.In addition, high-ranking officials from the Republika Srpska in publicappearances deny the state of Bosnia and Herzegovina and Bosniaks as a people,which affects the perspective of the people of this area.The situation with employment in public administration is not good. Returneesare mainly engaged in agriculture, but here there is a problem of placing surplusproducts.In 2013, a census was conducted in Bosnia and Herzegovina. It was the firstcensus after the war and aggression. The municipality of Bijeljina had 107,715inhabitants, which is 10,727 inhabitants more than in 1991. The population lived inthe city of Bijeljina and another 66 settlements, which is 8 settlements more than in1991. The ethnic structure of the population changed significantly under theinfluence of the war against Bosnia and Herzegovina. In 2013, there were 91,784Serbs, which is 34,395 more than in 1991, 13,090 Bosniaks, which is 17,139 fewer,515 Croats, which is 23 more, and the other 1,550, which is 2,902. persons less thanin 1991. In ethnic terms, there were 674 non-respondents in the municipality ofBijeljina and 102 without answering.The city of Bijeljina had a population of 42,278, which is 5,864 more than in1991. There were 35,798 Serbs, which is 25,348 people more than in 1991, 4,469 Bosniaks, which is 14,555 less, 315 Croats, which is 51 people less, and Others1,159, which is 1,963 people less than in 1991. year. Those who did not declarethemselves in the ethnic sense were 502 and 35 people did not answer.The municipality of Bijeljina had, in the total population, 85.21% Serbs, whichis 26.04% more than in 1991, and Bosniaks 12.15%, which is 19.02% less than in1991. There were 0.03% fewer Croats and 3.14% fewer Others than in 1991.In the city of Bijeljina, there has been a drastic change in the ethnic structure ofthe population compared to 1991. Namely, Bosniaks made up 52.24% of the city'spopulation in 1991, Serbs 28.70%, Yugoslavs 9.48%, Others8.57% and Croats1.00%. The number of Bosniaks decreased by 41.67% and amounted to 10.57% inthe total population of Bijeljina. At the same time, the percentage of Serbs increasedfrom 28.70% to 84.67%. The increase was therefore 55.97%. The percentage ofCroats decreased by 0.25%, and the number of Others by 5.83% compared to 1991.Bijeljina is a typical example of how war, murder, expulsion, rape, intimidation,deportation, forced mobilization, demolition and other means can drastically changethe ethnic structure of a city's population. Certainly, other causes of the reducednumber of Bosniaks in Bijeljina should not be neglected, such as the securitysituation, economic situation, education, road and other infrastructure, etc.