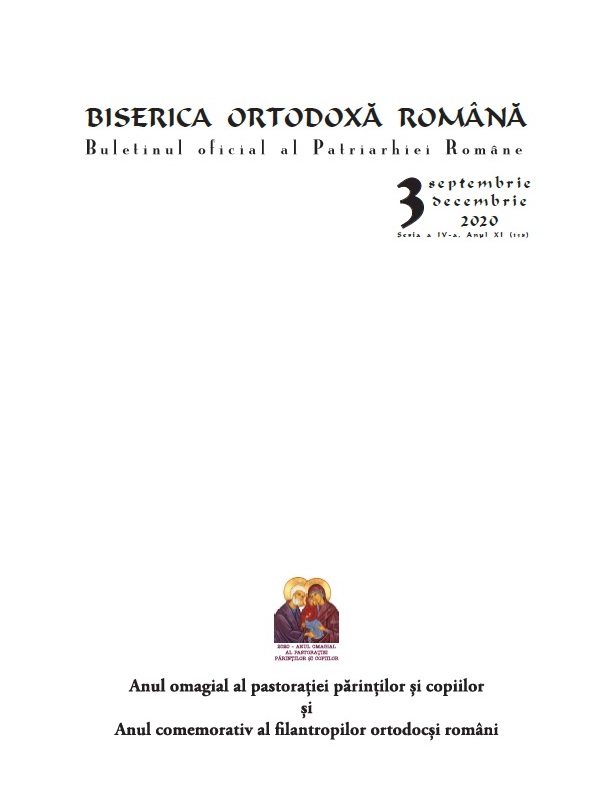 Summary/Abstract: The works of the 83rd Congress of the Romanian Orthodox Archdiocese of the United States of America took place this year in a special setting, specific to the pandemic period we are going through, the participation of clergy and delegates from each parish being exclusive by audio-visual means, but in a formal setting, by their presence in the parish churches from where they attended and participated in the works of the Congress. On Wednesday, September 2nd, the Archdiocesan Council of the Archdiocese met in a virtual meeting, preparing in detail the Agenda of the Congress, and approving the documents to be sent to priests and delegates. On the agenda of the Archdiocesan Council were other administrative and pastoral missionary topics. The AROLA Report was also an important point in this last part of the Congress. Mrs. Claudia Aileni, president of AROLA, presented the rich activity, social and educational programs that the organization supported in the period 2018-2020. Countless social and philanthropic activities and their beneficiaries were part of the beautiful power point presentation. Reference was also made to the AROLA conference to be organized virtually on 19 and 20 September 2020. The last report was of the St. Paraskeva Association presented by Mrs. Mariana Cuceu. The St. Paraskeva Charity, organized in connection with Sts. Constantine and Helen in Chicago, continued its activity, especially through actions to help some orphanages in Romania. In 2018 and 2019 this association strengthened its activity with an impressive budget. The association's projects included: supporting the St. Onufrie Orphanage in Floresti, Cluj for the construction of two of the four houses designed to receive 80 orphans; scholarships for children from the Varlaam School in Iași; «St. Nicholas boots» for children's shoes from Moldova; financial support for the Settlement from Mărcuș Monastery, Covasna County, the Settlements from Găgești, Râșca, Glodeanu, Valea Plopului, the Center for Paralyzed Children from Giurgiu etc. Father Daniel Ene, Diocesan Secretary, read the official messages to: His Beatitude Daniel, Patriarch of the Romanian Orthodox Church, His Grace Ioan Casian, Romanian Orthodox Bishop of Canada, His Eminence Archbishop Nathaniel and His Grace Andrei of the Romanian Orthodox Episcopate of America, His Excellency, US President Donald J. Trump; and a letter to all governors where our Archdiocese has parishes. His Eminence Metropolitan Nicolae expressed his final thoughts talking about the mission of the Archdiocese in these times of trial and thanking the organizers and participants in the Congress.