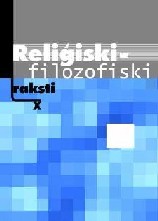 Summary/Abstract: The Dievturi (literary ‘those who keep God’) community was led by Ernests Brastiņš (1892-1942). Seeing Christianity as forcibly imposed and therefore alien to the Latvian soul E. Brastiņš aimed to reconstruct what he considered to be the Old Latvian religion. The Dievturi community was formally recognized as a religious organization in 1926, but its doctrine and rituals only emerged over a period of five consecutive years. The doctrine was highly syncretic and at times contradictory. It combined an ardent denial of the Christian creed and various borrowings from it. E. Brastinš strongly objected to the concepts of sin and salvation yet proposed veneration of three deities, Dievs, Māra and Laima, interpreted as three persons of the same Ultimate Reality. Dievturi had close links with Pērkonkrusts (‘Thundercross’), an extreme right-wing political organization, and declared the goal of “Latvianised Latvia” as their sacred mission. Altogether, the Dievturi movement is not to be mistaken for a form of Neo-Paganism. The modern Neo-Paganism is generally oriented towards nature, therefore the word ‘Pagan’ i.e. nature-worshipper, seems to be appropriate. Dievturi, on the other hand, emphasised the ethnic and cultural aspects paying a considerably less, if any, attention to nature. While present day Neo-pagans are usually at ease with the fact that their rituals are of their own creation the inter-war period revivalists evoked recent practices, beliefs and values as if they were ancient, original and unique. Hence, a more general term – ‘pre-Christian revivalism movement’ is preferable.