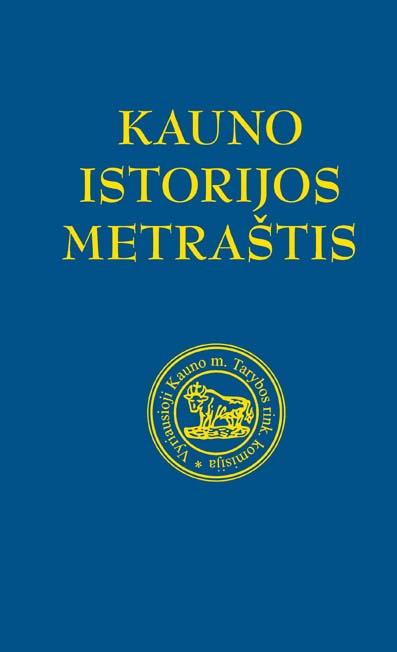 Kauno pavieto bajorijos elito giminės XVI a. II pusėje – XVII a. I pusėje
Families of the Nobility Elite of Kaunas Powiat in the Second Half of the 16th Century – The First Half of the 17th Century

Summary/Abstract: During the judicial and administrative reform of 1564–1566, the administrative units of the Grand Duchy of Lithuania – voivodships and powiaty – were newly formed. Among such newly formed administrative units was Trakai Voivodeship, which includes Grodno, Kaunas, Trakai and Upytė powiaty. Kaunas powiat was the smallest among other powiaty of Trakai voivodeship and according to preliminary calculations it covered an area of about 6045 km2. Such powiaty boundaries existed until 1791. The decentralized system of the The Polish–Lithuanian Commonwealth determined that the important elements of the state were administrative units – powiaty. Thus the powiats became an important place of nobility self-government. In the second half of the 16th century - in the first half of the 17th century, members of 9 families more often than members of other families held elected or appointed positions in Kaunas powiat and were elected representatives to the Seimas of the Commonwealth or the Supreme Tribunal of the Grand Duchy of Lithuania. This article focuses on the families of Kulvietis, Skorulskis, Sumorokas, Zaviša, Šiukšta, Beinartas, Deltuviškis (Dzievaltovskis), Mlečka, Valadkevičius (Valatka). The cases of Kaunas powiat nobility Jonas Jonaitis Vydra, Zybultas Hanskopovičius and Jonas Karolis Rostovskis show that sometimes one member of the family could make an exceptional career and remain in powiat’s political-administrative elite for a long time.