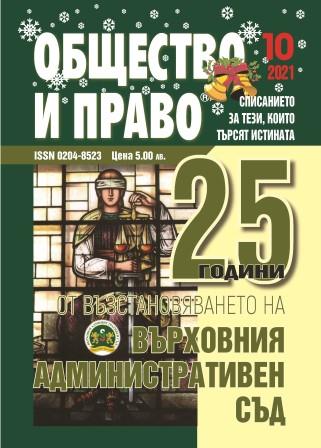 Summary/Abstract: The scale and radicalism of the 2016 changes to the Law on the Normative Acts, involving the introduction of the impact assessment and the public consultations in the national rule-making process, gave grounds to define them as the beginning of a real regulatory reform in Bulgaria. It is associated with the adoption of an entirely new system, accepted from the European Union, which relies on the conceptual approach to law-making. Five years after the changes, we have reason to talk more about regulatory failure. And why is that so? This article is trying to answer.