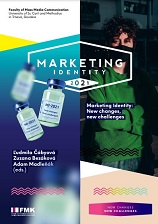 Summary/Abstract: The older consumers tend to be usually portrayed as easily manipulated and harmed by various scams but at the same time, the scientific literature brings evidence that older citizens are often more resistant to social or consumer influence than younger ones, with some studies reporting seniors do achieve a superior performance in decision-making tasks involving decoys as compared to the university students. This paper shifts the focus from undergraduate students and seniors and explores the possible differences in choices for washing machines and food processors among four generations (Boomers, Generation X, Millennials, Generation Z) in presence of decoy, and compromise effect. The analysis of choices in 2-item and 3-item condition is based on the data obtained in an online survey experiment with 420 Czech respondents between ages 18 and 64. The results show that there were no significant differences in choices between the generations when it came to the decoy effect. For the compromise effect, members of Millennials and Generation X showed positive preference for the middle, compromise option after the extreme decoy was added to the choice set.