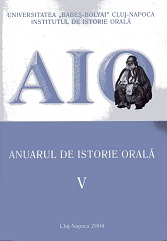 Summary/Abstract: For Romania, the Spring of 1944 meant the bringing of land war within its own borders, on the North-Eastern side, as a result of a huge Soviet attack. The ending of Soviet offensive impetus led, during March-April 1944, to stabilisation of the field on a direction that followed the Obcinele Bucovinei-Fălticeni-Paşcani-Dealu Mare-Iaşi-Chişinău-Nistru-Black Sea. On the Northern side, the Romanian-German front line reached the Obcina Mare, while the Soviet one reached Putna-Suceviţa- Gura Humorului-Moldova river. The Great General Staff of Romanian Army had created, since 1942, several territory units – fixed battalions – on the Hungarian border, which, in case of Hungarian Army invasion, would have also determined guerrilla acts. One of these fixed battalions was named “Bucovina”. Soviet invasion of Romania turned up side down the initial plan and led to its entering the fight at the end of 1944. During the spring of 1944, Soviet soldiers committed lots of abuses in north-eastern Romania: devastations, setting on house fires, body damages, rapes and murders. To all these there was added the Red Army’s politics of requisitioning personal goods, often strictly necessary, agricultural harvests, animals, teams and workers who were building defence works, or keeping up roads, etc.; all these required no compensation. Even more, the Soviets compelled evicting the villages on the front line. These determined the people to take refuge in forests and mountains, between borderlines. In order to defend themselves against Russian patrols’ attacks, the refugees formed entire committees; thus, same of them became leaders, and later, even partisans’ commanders. Directly backed up by Romanian-German Headquarters, partisans’ groups set up in Bucovina; they were led by Vladimir Macoveiciuc, Ion Vatamaniuc, Vladimir Tironeac and Constantin Cenuşă. These groups numbered 15-20 members, recruited from peasants, pre-militaries, exempted or soldiers in holiday, well armed and trained at the school of Sadova, by German and Romanians instructors. Their excellent knowledge of the field allowed them to manage in several missions: bringing the refugees between fronts, within the area under control of Romanian and German troops, patrolling through forests, gathering data about Soviet positions and making side-tracking behind Red Army. Among these groups, the most important one proved to be that led by Vladimir Macoveiciuc. Also, there was linked a group for diversion and gathering information, named “The Eagles”, and set on Dumitriţa Mountain, in Falcău. In August 23rd, 1944, the putsch from Bucharest put an end to the activity of Antisoviet partisans. Closely linked within German ordinance, most of Romanian partisans were forced to withdraw toward West and managed to take off in October 1944, in Satu Mare. Some of them, mostly refugees from Northern Bucovina, eventually reached Germany...