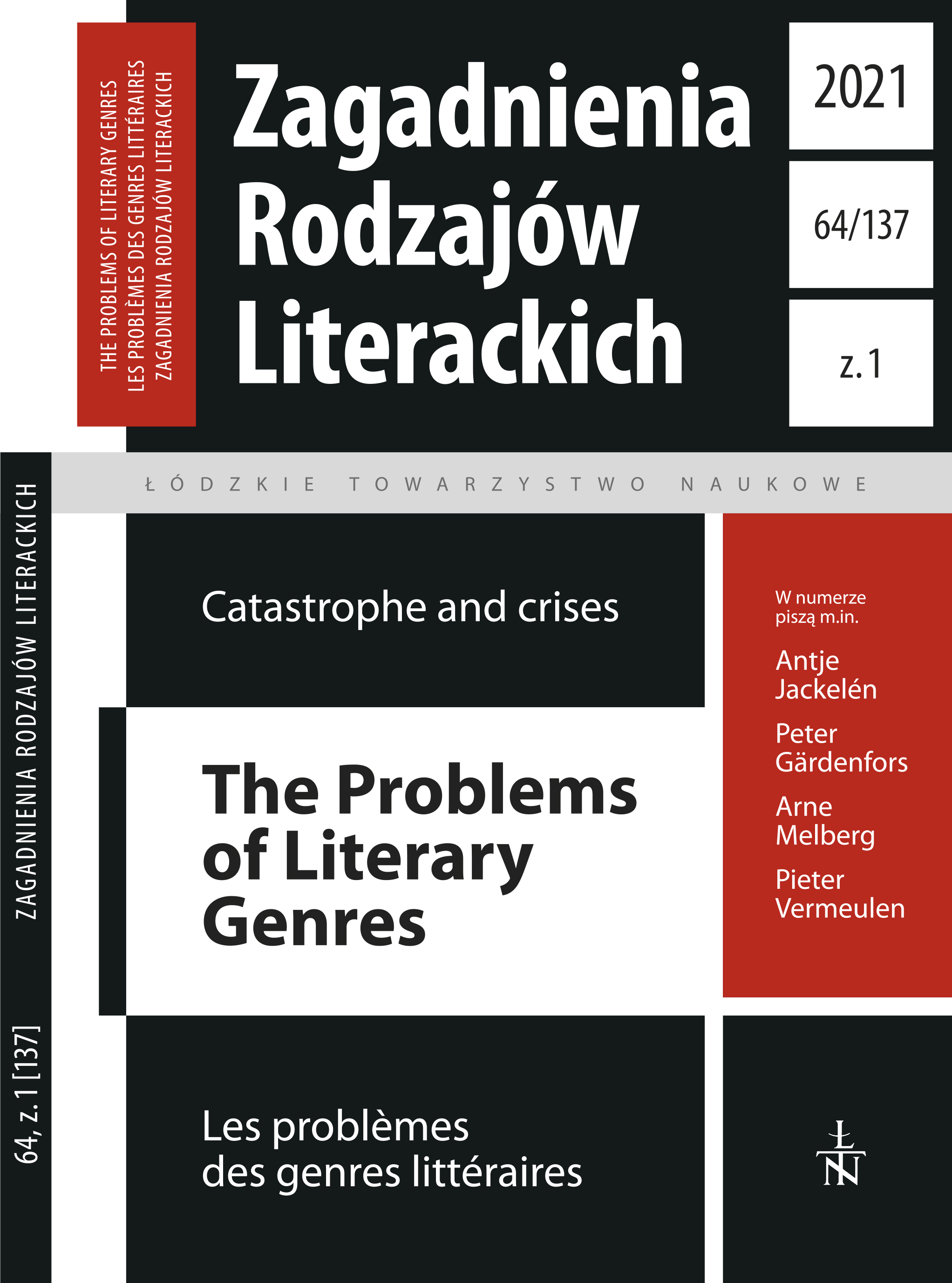 Summary/Abstract: In Judaism, calamity [Hebr. חורבן churban, plural. חורבנות churbanot] is a cultural category that is not necessarily characterized as negative. It is viewed as a form of purification, which begins a crisis that finally leads to a religious and moral recovery. Three most important churbanot are usually recognized in the history of Israel: the destruction of Salomon’s Temple by Nebuchadnezzar (586 B.C.) followed by the Babylonian captivity, the destruction of Herod’s Temple by Titus (70 A.D.) with the subsequent dispersion of Israelites (Hebr. גלות [‘galut’]) and the Holocaust (1939–1945 A.D.), a planned and methodical extermination of European Jews. All these experiences of Jewish disaster strongly resonated with the work of Aleksander Wat (1900–1967), a Polish poet with Jewish roots. Two of his poems are analyzed here. The first one (consisting of two parts), entitled Na melodie hebrajskie [‘To Hebrew Tunes’] (from the volume Wiersze [‘Poems’], 1957), explicitly mentions two churbanot: the Babylonian captivity and the diaspora of 70 A.D. The other poem is the third part of Pieśni wędrowca [‘The Songs of a Wanderer’] (from the volume Wiersze środziemnomorskie [‘Mediterranean Poems’], 1962). It allusively mentions the Holocaust as the greatest Jewish disaster. In each case, the churban helps to identify the heart of Jewish identity. Because the Shoah cannot be said to have any positive consequences, Wat treats it in mystagogical terms, i.e., as a mystery.