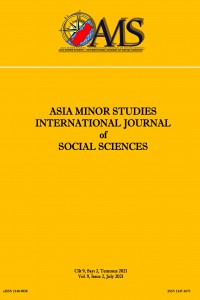 Summary/Abstract: The attempts of Ottoman Empire to adopt the central model in education, as in all fields, started from the period of Mahmut II (1808-1839). Educational institutions were tried to be controlled by either reforming or replacing them with new institutions. With the Tanzimat Period, these attempts gained speed. Especially with the establishment of the Maarif Nezareti in 1857, all educational institutions on the Ottoman lands were gathered under one roof. It is seen that the quality of modern educational institutions has changed with the adoption of educational models in the western sense. The period of Abdulhamid II (1876-1909) was also a period in which the Tanzimat decisions were implemented. In 1869, the education system was tried to be modernized with Maarif Nizamnamesi. With the Nizamname, an education directorate and a parliament were established in the provincial centers for each education degree within the Maarif Nezareti, education council branches were established in sanjak and accidents. Thus, the inspection of education in the provinces has become more possible. In particular, the control of non-Muslim community schools and foreign schools, which are increasing in number and opened under the name of private schools, has become easier. This study focuses on the aspects of the inspection of the lessons and textbooks taught in these schools.