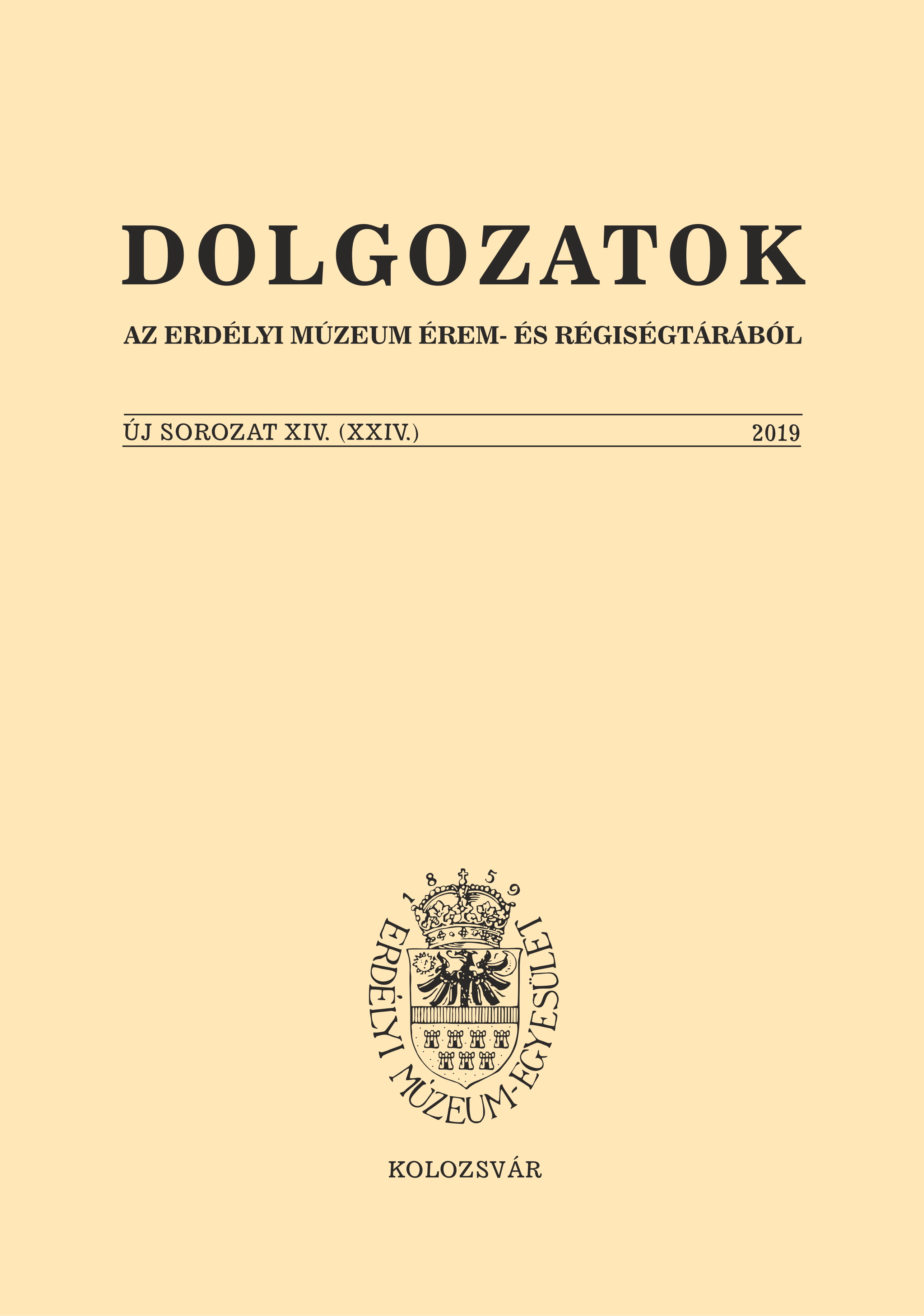 A barokktól a neobarokkig. A marosvásárhelyi Rózsák tere 52. szám alatti ház történetéből
From the Baroque to the Baroque Revival. From the History of the House no. 52 in the Trandafirilor Square in Târgu Mureş

Summary/Abstract: Our study presents the history of a house from the middle of the eighteenth century until the end of the Austro-Hungarian period, located under no. 52 in the Trandafirilor Square (Rózsák tere). Today’s Revivalism style building was formed through the unification of two old land plots in 1897. On the northern plot, which today is a closed down alley and once stood in the vicinity of the Kisköz, around 1770 Imre Teleki, royal side judge, had built a two-storey building. In the first half of the nineteenth century this passed on to the wife of Baron József Bánffy, and later entered into the possession of apothecary István Kováts. Around the middle of the century it was already owned by the Armenian merchant Antal Gáspár, who in the 1870s had bought the neighboring house as well. The latter, in the last decades of the eighteenth century, belonged to lawyer Zsigmond Jánó and his wife Zsuzsanna Bodó. It seems that they were the ones, who in 1979 had built a house that survived until the end of the nineteenth century. Later, on both land plots merchant Gyula Gáspár, a well-known public figure and an enthusiastic patron of industrial development, also owner of the bathhouse in Corund (Korond), had developed the building which can be seen today in 1897. The small Jánó house was demolished and the house of Teleki was incorporated into a new, representative building, which on the ground floor gave place to shops and the upstairs contained the living quarters of the family. The building was expanded towards the back yard with additional premises. The proportions of the new building fit well into the line of Baroque and Historicism style two-storey houses that stood on the square. The constructed façade did not follow the authorization plan in its entirety. Nevertheless, it can still be considered one of the important local monuments of Baroque Revivalism, especially through its sophisticated façade sculpture (which could have been the work of the young Károly Székely, who had finished the local industrial vocational school at this time and later became a renowned sculptor). The master builder was Mihály Szarvadi, who in 1896 worked in many places in the town: he built for merchant Géza Petrás and doctor Elek Hints as well as for the writer István Petelei. The Baroque Revival architecture flourished in Târgu Mureş starting from the middle of the 1890s. Its main features are represented by a dynamic mass formation and rich stucco decoration of the façade, which were frequently inspired by the Austrian Baroque world. In the period of the analyzed architecture the following houses were built in this style: in 1896 the Makariás house, in 1897 the houses of brewery owner Albert Bürger, banker Hugó B. Tauszik, doctor Kálmán Marosi, and master builder Pál Soós, and in 1899 the magnificent two-storey tenement house of Béla Bányai on the main square. This style influenced the architecture of the town even in the first decades of the twentieth century.